It Was All a Lie: How the Republican Party Became Donald Trump 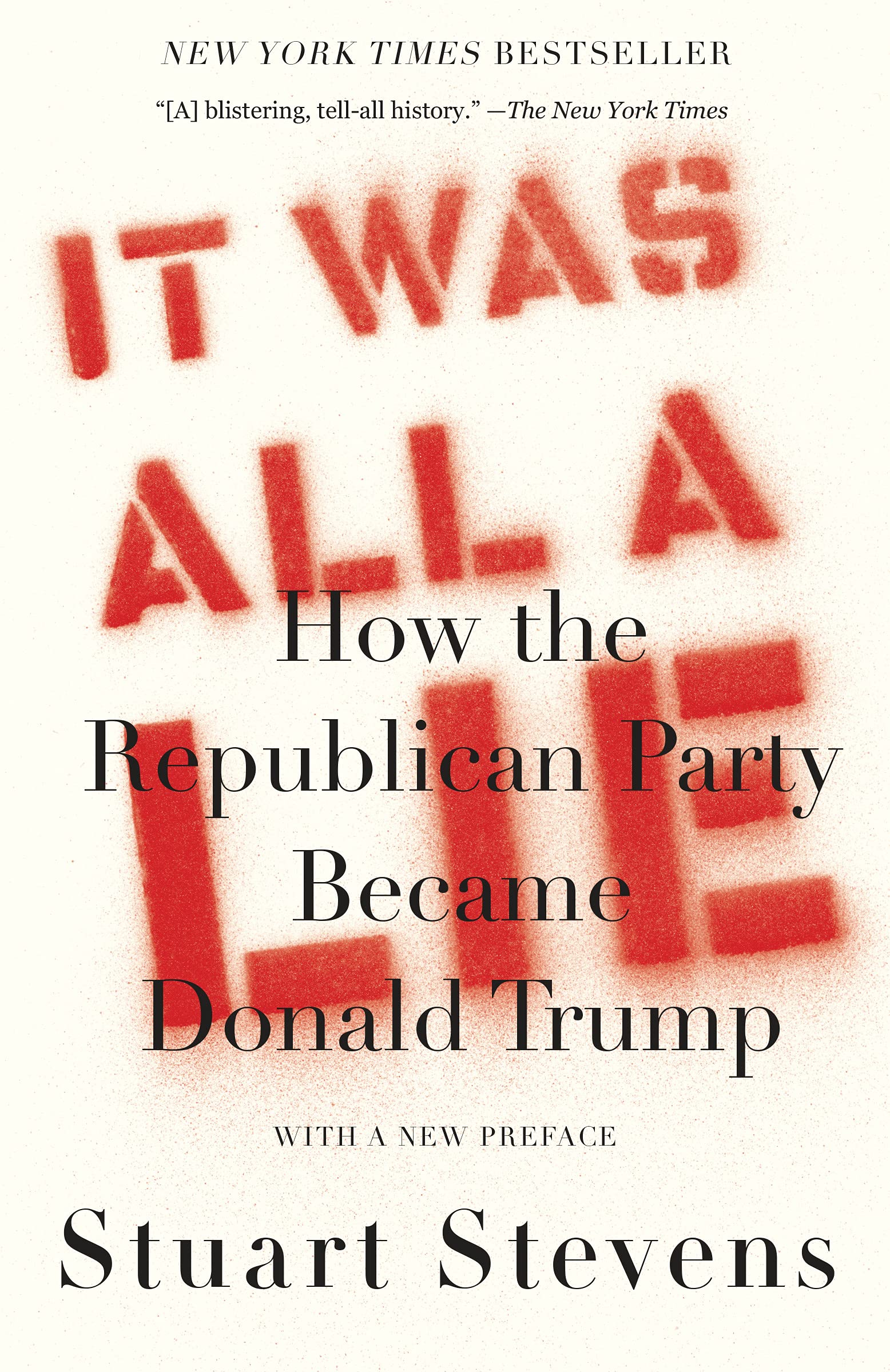 NEW YORK TIMES BESTSELLER • From the most successful Republican political operative of his generation, a searing, unflinching, and deeply personal exposé of how his party became what it is today

“A blistering tell-all history. In his bare-knuckles account, Stevens confesses [that] the entire apparatus of his Republican Party is built on a pack of lies.” —The New York Times

Stuart Stevens spent decades electing Republicans at every level, from presidents to senators to local officials. He knows the GOP as intimately as anyone in America, and in this new book he offers a devastating portrait of a party that has lost its moral and political compass.

This is not a book about how Donald J. Trump hijacked the Republican Party and changed it into something else. Stevens shows how Trump is in fact the natural outcome of five decades of hypocrisy and self-delusion, dating all the way back to the civil rights legislation of the early 1960s. Stevens shows how racism has always lurked in the modern GOP’s DNA, from Goldwater’s opposition to desegregation to Ronald Reagan’s welfare queens and states’ rights rhetoric. He gives an insider’s account of the rank hypocrisy of the party’s claims to embody “family values,” and shows how the party’s vaunted commitment to fiscal responsibility has been a charade since the 1980s. When a party stands for nothing, he argues, it is only natural that it will be taken over by the loudest and angriest voices in the room.

Be the first to review “It Was All a Lie: How the Republican Party Became Donald Trump” Cancel reply

Scary Stories to Tell in the Dark: Three Books to Chill Your Bones: All 3 Scary Stories Books with the Original Art!

When We Believed in Mermaids: A Novel

The Dying Citizen: How Progressive Elites, Tribalism, and Globalization Are Destroying the Idea of America

Added to wishlistRemoved from wishlist 0
Add to compare
$17.99

It Was All a Lie: How the Republican Party Became Donald Trump