The Outlier: The Unfinished Presidency of Jimmy Carter 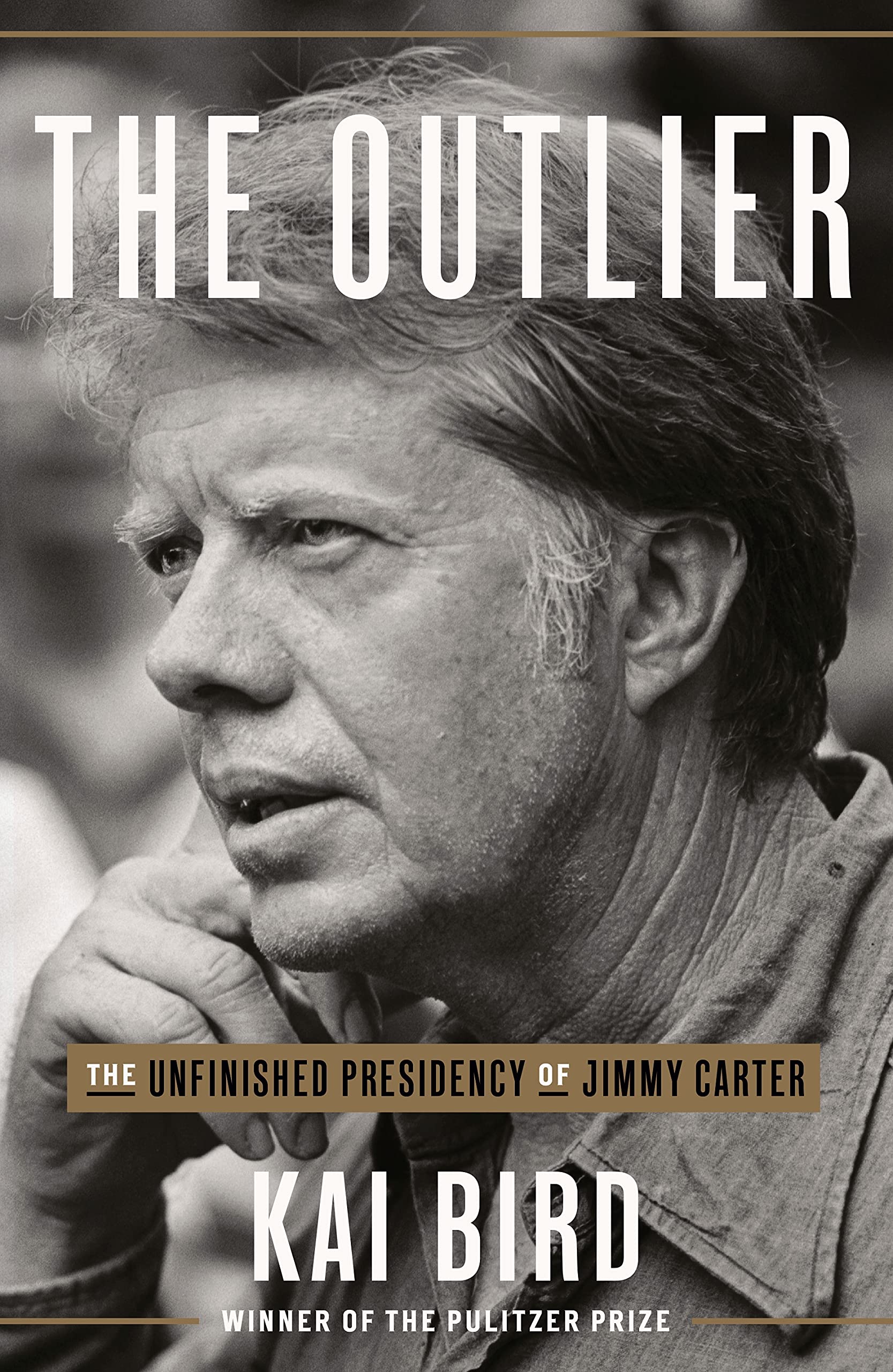 Four decades after Ronald Reagan’s landslide win in 1980, Jimmy Carter’s one-term presidency is often labeled a failure; indeed, many Americans view Carter as the only ex-president to have used the White House as a stepping-stone to greater achievements. But in retrospect the Carter political odyssey is a rich and human story, marked by both formidable accomplishments and painful political adversity. In this deeply researched, brilliantly written account, Pulitzer Prize–winning biographer Kai Bird expertly unfolds the Carter saga as a tragic tipping point in American history.

As president, Carter was not merely an outsider; he was an outlier. He was the only president in a century to grow up in the heart of the Deep South, and his born-again Christianity made him the most openly religious president in memory. This outlier brought to the White House a rare mix of humility, candor, and unnerving self-confidence that neither Washington nor America was ready to embrace. Decades before today’s public reckoning with the vast gulf between America’s ethos and its actions, Carter looked out on a nation torn by race and demoralized by Watergate and Vietnam and prescribed a radical self-examination from which voters recoiled. The cost of his unshakable belief in doing the right thing would be losing his re-election bid—and witnessing the ascendance of Reagan.

In these remarkable pages, Bird traces the arc of Carter’s administration, from his aggressive domestic agenda to his controversial foreign policy record, taking readers inside the Oval Office and through Carter’s battles with both a political establishment and a Washington press corps that proved as adversarial as any foreign power. Bird shows how issues still hotly debated today—from national health care to growing inequality and racism to the Israeli-Palestinian conflict—burned at the heart of Carter’s America, and consumed a president who found a moral duty in solving them.

Drawing on interviews with Carter and members of his administration and recently declassified documents, Bird delivers a profound, clear-eyed evaluation of a leader whose legacy has been deeply misunderstood. The Outlier is the definitive account of an enigmatic presidency—both as it really happened and as it is remembered in the American consciousness.

President Carter, wearing a cardigan, about to give his first speech on the growing energy crisis.

Former President Carter greeting a child while on an election-monitoring visit to Nepal in 2008.

Be the first to review “The Outlier: The Unfinished Presidency of Jimmy Carter” Cancel reply

Added to wishlistRemoved from wishlist 0
Add to compare
$26.47

The Outlier: The Unfinished Presidency of Jimmy Carter